As usual we have had a very busy week!  In maths we have been practising making turns to left and the right as well as making and describing degrees of turn including quarter turns, half turns and three quarter turns.  Also we have been working together to practise counting to and over 100 and counting in 2s, 5s, and 10s.

In our English lessons this week we have been using our imaginations based around the story 'Stanley's Stick'.  We collected our own sticks and then used drama to act out ideas of what our sticks could be!  Then back in the classroom we practised saying and writing our sentences as well a re-reading them out loud afterwards.

Just in time, before the lovely weather ended this week we had a visit from Mrs Warren's tortoise 'Touche' and the children loved feeding him and asking lots of questions about tortoises.  They all had the opportunity to touch the tortoise and give him some food if they wanted to!

Next week we will continuing with our story 'Stanley's Stick' describing Stanley's feelings and identifying adjectives in the sentences.  Afterwards we will be choosing sections from the book to write about in sentences.

In maths the focus is practising counting recognising amounts and rearranging amounts.  We will also re-visit ordinal numbers.

Next week we will be continuing with our Great Fire of London topic and making comparisons between past and present. 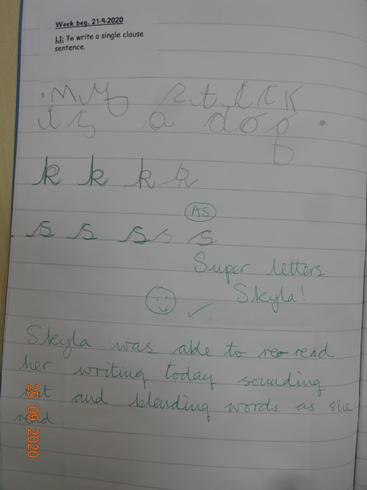 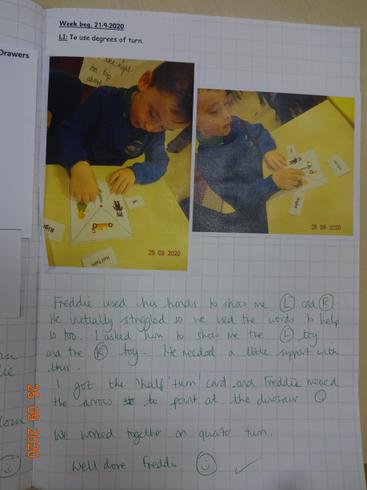