This week has had quite an Ancient Greek flavour in Oxford class! On Tuesday, we dressed up as Ancient Greeks and took part in various activities such as Greek mask making, mosaic making, food tasting and Greek dance. We had great fun doing these activities and it was a great introduction to our new topic 'Gods and Mortals.' 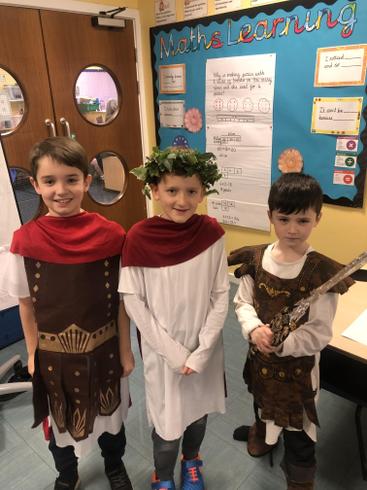 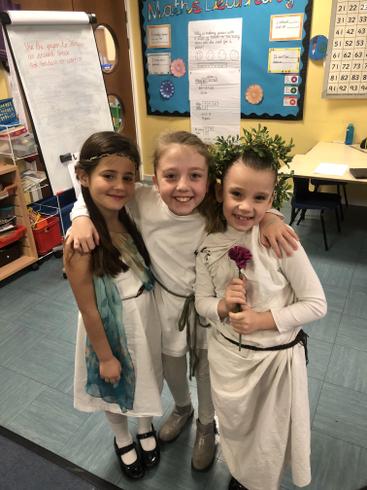 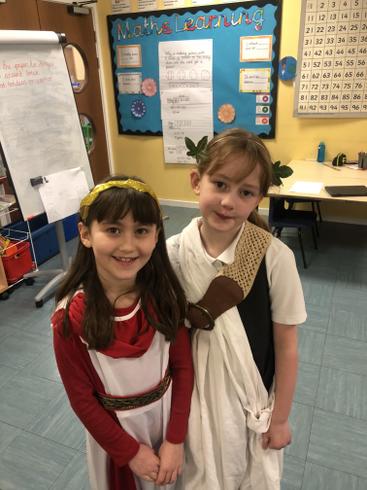 In our first history lesson this week, we were lucky enough to have a box of Greek artefacts to investigate. We moved around the classroom in a carousel looking at the different items, sketching them and asking questions about them. It was a great way to get us excited about the topic.
In History on Friday we were learning about how the Ancient Greek army worked and looked at what the soldiers wore, what weapons they had and the formation that they marched in. We then made our own shields and went outside to re-enact a Greek battle, including walking in their 'phalanx' formation.
We have started our football lessons run by Watford FC every Friday afternoon. We learn different skills for football and also for sports in general. This week, we focused on defending and practised our dribbling. Well done to Rebecca who got the trophy for the 'Player of the Week' this week.
Top
Cookie information
Cookie Notice